The Fatal Flaw of the Male Species 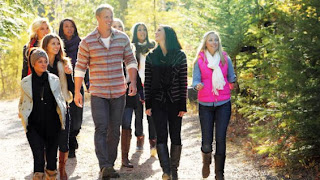 Recently on Facebook, I posted a comment that I had seen on a celebrity gossip magazine while waiting in the check-out line at the grocery store that Bachelor Sean Lowe's relationship with the lady he gave the final rose to, along with a marriage proposal and an engagement ring, is on the rocks. I don't know if it is true or not, but it would come as no surprise to me. There has not been one single bachelor on that series who has married the woman he chose. You would think that starting with the odds of 25 women all pining for you would be an excellent way of finding someone to marry. But, I think the superficiality of the show encourages personal dramas, shallowness, and cattiness among women. No one wants to be rejected, especially not on national television.

My post sparked a debate with a co-worker, who said that the reason why it doesn't work is because when the reality of living together away from the cameras sets in, they see a whole new side to their significant other. I agree with that, but I still think one could gauge a woman's sincerity through conversations during the show. For example, I thought Desiree was really genuine and if I was the bachelor, I would have chosen her (good thing she is getting her own show in which to pick a husband). In fact, if I was the bachelor, I would ask every single lady what she thought the purpose of life was and what her thoughts on spirituality might be. This would easily winnow down the group and have all the shallow ones running for the limo out of there. But, I don't have the all-American hunkiness and charisma of Sean Lowe, so I won't ever be in such a situation.

As I discussed with the co-worker about this show during my lunch break, another co-worker whom I view as a snake, chimed in. I don't really like this guy because he always talks about sex and he thinks that's the only motive that guys have in life. He's always trying to get me to sleep with my boss, but I'm not even attracted to her and even if I was, I wouldn't do something like that because I have healthy boundaries (I won't even date co-workers, though there is one Hispanic lady that I find quite attractive). Anyhow, this horn dog of a co-worker actually asked me this: "If you could choose between sleeping with three different hot women every week for a year or to be in a relationship with one woman, which would you choose?"

I responded, "I'm a relationship guy. I am looking for just one lady to make a lifetime commitment to." He thinks I'm crazy, but c'mon! I'm 41 now and wanted to be married in my mid-30s. I've always viewed myself as a monogamous, relationship-focused guy. In fact, the character Eric "E" in the TV show Entourage is a lot like me. Even in my Navy days, I never felt comfortable around guys who used women for their sexual pleasure. I love the friendship and relationship aspect, first and foremost. Sex is great when you can get it and when there's love involved, but I've also had an experience that was even greater than sex.

This co-worker is a decade older than me and has never been married. In fact, the last girlfriend he had, she wanted a child and her biological clock was ticking. He kept stringing her along and stringing her along until she came to a point where she needed a secure future. He dumped her (she was in her mid-30s) after a several year relationship. You can't do that to a woman in her 30s who wants a child. It is truly a selfish thing to do.

I've seen a lot of selfish males up close and way too personal. As my previous posts have pointed out, I recently got out of a living situation in which the homeowner converted a shared open space into his bedroom, with only minimal levels of privacy, and what made me ultimately decide to look for a new place to live was his having three different women stay at the house for long periods of time, in which he engaged in some pretty loud and not-so-private sexual escapades to the point where I actually felt like I was living in a brothel. Another  housemate, whose bedroom was next to the washer and dryer, was into S&M sex and when I was loading up the washer once, I heard him beat the living tar out of some woman and had to restrain myself from busting down the door. I do not like hearing a woman cry or get a beating. Even though in this woman's case, it was likely consensual, it's still something I prefer not hearing because my natural instinct is to be the white knight on the horse rescuing her from the douche bag men who are not worthy of her.

The lady from church who let me stay in her house for the time being is just the latest woman I know to have a husband in mid-life leave her for another woman. It makes me mad when I hear about men doing this and all seems to boil down to sex. Its our gender's natural obsession. The counselor I've been seeing has told me that she was once married to a muscular, good looking Alpha male and now does not find them attractive. She's trying to help me through my dating frustrations, because I really don't understand why I'm still single and why so many of the women I meet are so messed up. Why do people pick the wrong person to mate with? Why can't people override their biological impulse? We've all read about the "Bad Boy fixation" (there was even a recent article on the Huffington Post about it). What is it about women that seek the kind of men who are not likely to be faithful?

For me, I know I'm faithful. I like knowing people at a deep level. It takes a longer period of time for me to get to know people and feel comfortable enough to share parts of myself with. When I'm in a relationship with a woman, she will never have to worry about me running off with another woman. That just wouldn't happen because my loyalty gene is too strong. Plus, I live by a chivalrous code of honor (which includes not sleeping with my boss or dating co-workers). The five different housemates I've had in the past couple of years have all been married and divorced. I'm like the rare species of male who has not been married yet. Everyone's on their second or third marriages and I'm at the point where all that's left for me are the discards and left-overs.

I read another article in The Atlantic magazine, which was about online dating and how that is becoming a major threat to long-term relationships. The easy way of meeting prospective partners online means that more and more people are no longer willing to work hard to salvage their relationships. They are willing to discard the person they are with for the exciting and new. This disgusts me, actually. My values of loyalty and long-term commitment seem so old fashioned.

If any women are reading this post, please please listen to me. I'm a guy who served on two all male ships in the Navy and lived with about 20 various male housemates over the years (in college, mostly). The guy you want for a long term relationship is the one who will be your friend first. If sex comes too easily or is expected too early on, you can bet that you won't be the last person your man will have sex with. Develop a friendship first and watch it blossom into something more. It will save you grief years down the road. I actually agree with feminists on this point: most men really are pigs. The sex always gets us in trouble.
Posted by Sansego at 1:08 AM 3 comments: