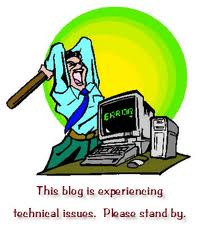 This is an update for my loyal, regular blog readers. On March 9th, I finally moved out of the shared townhouse that the homeowner pretty much turned into his personal whorehouse. He gave me an eviction notice when he discovered that I had posted on Facebook back in January about my dislike of the constant parade of women that he allows to stay at the house, even when he is away for three or four days. Because my post had mentioned that I almost wanted to tell these women that he was just using them for sex, he felt exposed and didn't want me around for his latest sexual escapades. I have no idea how he found out about my post because I had de-friended him and saw that his ex-girlfriend had de-friended me, yet she was the one who saw my post and confronted him about it. When he approached me, he said that it was none of my business or any of the women's business who he sleeps with. Well, when you rent out all the bedrooms and decide to convert an open space between the bedrooms, bathroom, and stairs into your own bedroom with just some bookcases and folding screens for privacy, and you have constant and loud sex whenever you want, then it becomes everyone's business. If you want to live like a randy bachelor, then you shouldn't have housemates. Oh, my bad. I guess you can't afford to pay the mortgage on your own.

I had been wanting out of that intolerable living situation since January, after the third woman he had for a houseguest. But it has been a frustrating search on Craigslist due to the high number of flaky people or downright strange people. Fortunately, a lady from my church asked me if I wanted to stay in her house at least until mid-August, giving me more time to find a long term living situation. So, on March 9th, two guys from church helped me move out. I hadn't spoken to the homeowner for the last two weeks, after he had asked me to leave. I also did not pay him rent after February 15th. As we were moving stuff out of the house onto the truck, the homeowner walks in with his sex toy who spent a weekend before Thanksgiving at the house. They proceeded to his little den of iniquity and had sex while my friends and I were moving things out of my bedroom and down the stairs. It was truly awkward. Oh well. I'm out of there and a lot happier now. I'm also certain that the homeowner is a sex addict who will probably find himself in hell when he dies because he's a user and an abuser. I hope karma will catch up with him eventually.

Unfortunately, my Netbook is having issues, so I won't be able to blog for awhile until I get it looked at.
Posted by Sansego at 4:44 PM 2 comments: