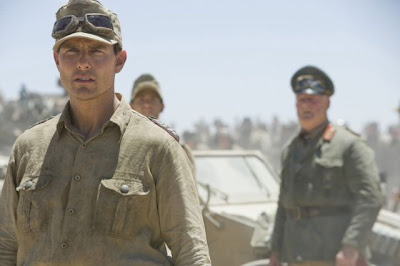 On Christmas day, I went to a downtown theater to meet my brother for Valkyrie, one of the most anticipated movies of the year for me. I'm a big fan of movies about Nazi Germany for some reason. Since childhood, I've been interested in propaganda, as art and as a process. No government in history was as successful at propaganda as Nazi Germany. It was a fully functioning propaganda state and serves as a warning to us all.

The danger in our country is that we don't believe that our government subjects American citizens to propaganda, but I think the Bush Administration totally disproves that naive idea. What is the Fox News Channel but a propaganda network for the Republican party? During the lead up to the Iraq War, no major news station would feature a credible argument against the war, like they did during the lead-up to Clinton's desire to send troops to Kosovo in 1999. Americans were totally shaped by the media's desire for war in Iraq. We ignore the lessons of history to our own peril.

That's how Valkyrie opens. From Germany's campaign in North Africa during World War II. Tom Cruise as Colonel von Stauffenberg is writing in his journal about the importance of doing what's best for Germany, even if it means disobeying the current government and leader. As I watched the early scenes, I wondered if this film was meant to be a sort of meditation on the state of our own government and how Americans should view the Iraq war.

As the movie rolled along, though, I thought it was a bit slow moving and kind of boring. It lacks a certain kind of tension. Granted, since we know the outcome of this based on historical events film, the tension has to be built around what the plan is (how a group of officers try to assassinate Hitler) and how it fails. The 2000 film Thirteen Days was about the Cuban Missile Crisis, which we knew the outcome of, yet the tension was there along with some great performances. Valkyrie fails to achieve that kind of suspense, unfortunately. Even more, the scenes of Von Stauffenberg and his wife and children lack emotional chemistry. There simply wasn't enough interactions to make you care. It had a sort of "tacked on" feel, as filmmakers realized the necessity of showing Von Stauffenberg as a family man with a lot to lose.

The criticisms about the different accents among actors is irrelevant. It wasn't even noticeable to me. I was wrapped up in the story, of seeing a glimpse of life in Nazi Germany. Cruise does a good job, though his persona is such that I do have a hard time seeing him as any character. He doesn't truly "disappear" into the role the way Sean Penn did as Harvey Milk. The other actors are better. It was interesting to see how they plan to stage the coup, using the reserve army to move against the Secret Police in the aftermath of Hitler's assassination. There are a few scenes with Hitler. I appreciate the amusing moment when Hitler praises Von Stauffenberg to the others as an example of an exemplary officer to be emulated.

In case you're wondering what "Valkyrie" references...it's from the famous Wagner opera, which Hitler had claimed that to understand Germans, one had to see Wagner's Valkyrie, a mythological view of German history and destiny. Operation Valkyrie was a contingency plan for how to preserve the Nazi Government in the event of Hitler's death. Colonel Von Stauffenberg wants to dismantle Hitler's government by having members of the SS (Secret Police) arrested, as well as Goebbels, the chief propaganda minister; and shut down the concentration camps.

By the end of the movie, I expected more out of it. I felt that something was missing in this film and my best guess is that it failed to provide the necessary tension to make me care about the sacrifices these men made. Because I had seen far more chilling portrayals of Nazi Germany (that would be the excellent films Downfall and Schindler's List), this one had too much to live up to. It's a disappointment. Cruise is off his game. Out of all the actors I like, he has the best track record of making movies that I want to see. It's rare for me to be disappointed in a Cruise film, but Valkyrie is one of them. It is a good film and worth seeing, but it lacks a "wow" factor. 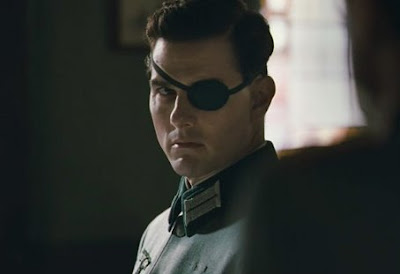