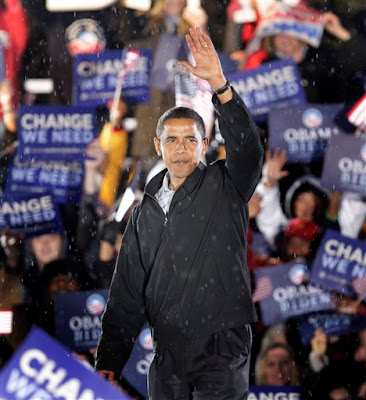 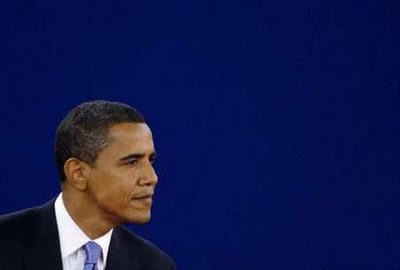 No contest! Unlike last year, where I had several options, this year was a given from the moment Obama won Iowa, then the Democratic nomination, then the presidency. He ran by a new playbook, raised an unprecendented $700 million, and always kept his cool even in the face of some of the nastiest, racist attacks ever waged against a politician. His victory was celebrated around the world. He'll come into office with probably the largest crowd assembled for a Presidential inauguration. I wouldn't be surprised if his inauguration resembled Mandela's in 1994 (with dignitaries from around the world) than any American affair we're used to seeing. He also has the highest expectations from the people, with his liberal supporters worried that he'll not be progressive enough and conservative opponents who expect his inexperience to lead to some damaging blunders that will hurt his chances for reelection in 2012. 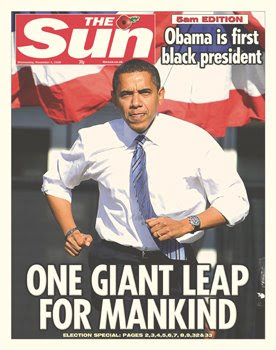 On my sidebar to the right, you can see my previous selections (since 1992) for the title of Nonconformist of the Year. From all my arguments with fellow sailors who considered themselves nonconformists (when they were actually stereotypes of sailors), I learned that its a word everyone wants to claim for themselves, but few actually know what it entails. My criteria is someone who embodies the quote by Martin Luther King, Jr.: "the ultimate measure of a man is not where he stands during times of comfort and convenience, but during moments of challenge and controversy." People tend to follow basic patterns of behaviour. The ones we remember the most often do the unexpected thing. No other person this year embodied that sense of courage under fire, of playing by his rules in a way not seen in a long time, than Barack Obama.
Interesting enough, John McCain was my choice of Nonconformist of the Year for 2000. Eight years later, he betrayed his true nature as a Maverick truth teller by playing by the rules of his party: character assassinate the Democratic opponent with lies, innuendo, and vicious whispers. It didn't work (thank God!) this time. Too many Americans were suffering from the mismanagement of our entire country by the current Republican president, and Obama kept the focus on the issues.

This moment is his. Over the next four years, we can expect to be disappointed in some decisions, but hopefully in the long term, he has the vision to change this country around. We basically wasted a decade on bad government. It is my hope that Obama will remain "drama-free" as he has all year and keep on making the bold decisions that great presidents are known for. Right now, the unanswered question is will he be like Lincoln / FDR or will he be like JFK / Carter? I hope his aim is high...to not just be the first African American president in our history, but to be on the top five list of Great Presidents (I'm thinking that the highest his presidency could rank would be #3--behind Lincoln and FDR). It will be an interesting four to eight years. 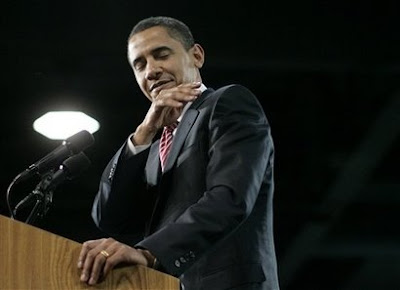 The photo above is one of my favourites of Obama. It conveys a sense of his not letting anything touch him. He just brushes it off with a cool we only see in movies. And make no mistake, with President Barack Obama, we truly have the coolest president since Kennedy (sorry Clinton, but you were just too bubba to be truly cool). Camelot is BACK!
Posted by Sansego at 12:01 AM

I think you missed this one in a huge way...

I would call him the conformist of the year. Mr. President elect ran a political campaign saying exactly what he thought the majority of the population needed to hear to vote for him as our next president (this is fact).

Now he is slowly moving back ever so slightly to the middle where reality exists. Not to mention keeping his adversaries (Clinton) and the other side (Gates) close to him (this is fact).

And I think that is a GOOD thing. He will be more able to work with both sides of the aisle. I don't think Obama is anyone's fool. Time will tell but he said he was going to set policy and I'll bet he does set his own policy after listening to the opinions of those he's chosen as advisers.

Conformist?!? Hardly. What's wrong with Obama picking a rival and a member of the opposite party for his administration? Bush had "yes men and women" and didn't want to hear opposing opinions. He had an ideological mindset and ignored reality when it contradicted with his personal beliefs. That's what caused the Soviet Union to collapse. The Communist Party leaders ignored the facts on the ground: centrally controlled economy could not compete with the capitalist west. Did they want to hear that? No...because "communism was superior to capitalism."

With Bush, his ideology couldn't fail and he ignored all the facts on the ground.

Obama ran a great campaign. You can't deny that. He didn't character assassinate McCain or Palin. When Republicans were calling him a Muslim and a terrorist, did he stoop to their level?

The irony is that Republicans are looking to Bobby Jindal to save their party...and he embodies everything they accused Obama of being: foreigner, non-Christian religion, strange name, "the other", etc. So, if you can't beat 'em, offer up a clone! But the thing about clones is that they are a pale and defective comparison to the original copy. They are defective. So, let the Republicans have their Jindals and Palins.

If Obama turns the economy around in four years...it'll be a cakewalk to a landslide reelection.