Enya Returns With a Yuletide Release 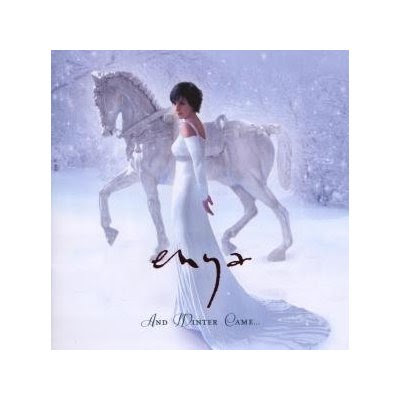 I don't know if this counts as a "manifestation" testimonial, but just a few months ago, I was wondering when a new Enya CD would be released and then a few weeks later, I saw an ad in the paper for her latest. I bought it a couple weeks ago and it was just as I feared. I did not just wait three years for a Christmas CD!!!

However, as I listened to it, the music is uniquely Enya's and doesn't even remotely sound like Christmas. Not that there's anything wrong with Christmas music. It's just that I put away my Christmas music after the New Year starts and don't bring them back out until Thanksgiving weekend. That's five weeks of listening to Christmas music, whereas with Enya, I want to listen to her music constantly.

In fact, I've been more and more inclined to listen to her music far more than any other music artist this decade. I don't know what's gotten into me. It wasn't always this way, of course.

I first heard of Enya in 1989 when the song "Orinoco Flow" played on the radio. I had never heard anything like it before and I was hooked. I loved that song. I didn't buy her album at the time though. The first one I bought was her follow-up, Shepherd Moons, when I was at the Navy Exchange in Naples, Italy in 1992. I was with a group of Officers and Chief Petty Officers in Squadron 22 and we drove back to the ship in Gaeta after a day in Naples. The driver wanted to listen to the tape I had bought, but I was kind of embarrassed to have them play it. They had never heard of her before and I was worried about what they'd think of me if they didn't like it. Well, they played it and thought it was a little weird, but unique. One of them complained that he thought he was in church. So there we were, driving through some crazy traffic in Naples while her ethereal music was playing. Talk about surreal! You can't get more surreal than that!

In 1995 or 1996, she came out with The Memory of Trees, but I didn't buy it. I had moved on from Enya. Her music sounded the same. There was a couple songs that I liked but not enough to buy it (as I thought at the time...now however, I do own it and it's my second favourite of hers). When I visited Nathan's family in 1996, I saw a video his parents made of him as a baby and toddler, featuring Enya's "Book of Days" as background music. Now, I can't hear that song without thinking of Nathan and how I remember being envious that he's able to see himself as a baby and toddler through the magic of videotape.

In 2000, at a church service in Springfield, Virginia, my friend Jenet sang "My Life Flows On in Endless Song", which is a church hymn that I remembered as Enya's "How Can I Keep From Singing?" There was no escaping Enya, even though I kind of forgot all about her music until I saw the trailer to Sweet November in a darkened movie theater in 2000. The trailer featured the new Enya song "Only Time" which sent chills up and down my spine. I loved it and absolutely had to have it...so I went out to a music store and looked at the Sweet November Soundtrack. I debated whether I should buy the soundtrack or Enya's newest CD. I decided to buy Enya's CD, A Day Without Rain. Her latest CD became a huge hit for me as I couldn't stop listening to it. It was by far her best one yet. The CD even saw a boost in the post 9/11 period as radio stations played "Only Time" as though it became the unofficial song for that tragic day.

Her next CD, Amarantine, came out in 2005. Not a bad follow-up, though it simply couldn't live up to the perfection of A Day Without Rain. My favourite song on the new release was "Long Long Journey." I haven't listened to this CD nearly as much as the previous one, but I was still hungry for a new release. Because she takes many years between CDs, I don't expect another one until 2011 or 2012, so her And Winter Came... will have to do. The song I like immediately is the catchy "White is in the Winter Night." It's guaranteed that you'll like it and the stand-out song on the CD. The rest of the CD is her typical and unique sound, which never fails to put me in the spiritual realm. I truly believe that out of all the musicians performing in our world today, Enya probably comes closest to bringing the sounds and melodies of heaven to our imperfect world. That's probably why my interest in her music has only grown this decade. I have all of her CDs and have spent many weekends just listening to her music exclusively, which produces a noticeable effect on my attitudes. I definitely feel more inspired, more alive, and more at peace when I have my so-called "All Enya Weekend." She is one person I would love to see in concert, but I don't recall ever hearing about her touring anywhere. In fact, I know so little about her and can't even find a book about her. She's a mysterious lady who has cornered a unique niche for herself in the music world. What would we ever do without her?

Here's to a month of listening to mostly Enya's style of Christmas music, only to be shared with the Chieftains. I'm intending to have a profound spiritual breakthrough this Christmas and I hope the music of Enya lifts me to that place. 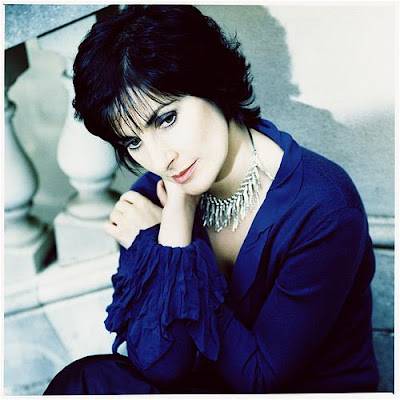 OK - you fooled me on this one.

Unless you listen to the words!!!!

I feel like a fool, as I normally don't just take blind advice. Yes - this is the sound of Enya, but it is very much Christmas.

Did you miss the "message" of the music caught up in the "excitment" of something new?? Kind of like politics??

I meant that the melodies don't sound like Christmas songs. Yes, there is one familiar Christmas hymn ("O Come, O Come, Emmanuel") but the rest of the songs are original creations by Enya and her songwriting team.

I will not be putting this CD away with my Christmas music, movies, and decorations after the season is over. I will be listening to this one all year long.